Drastic cuts to LAA threaten to hurt all of us, and concerned stakeholders are speaking out 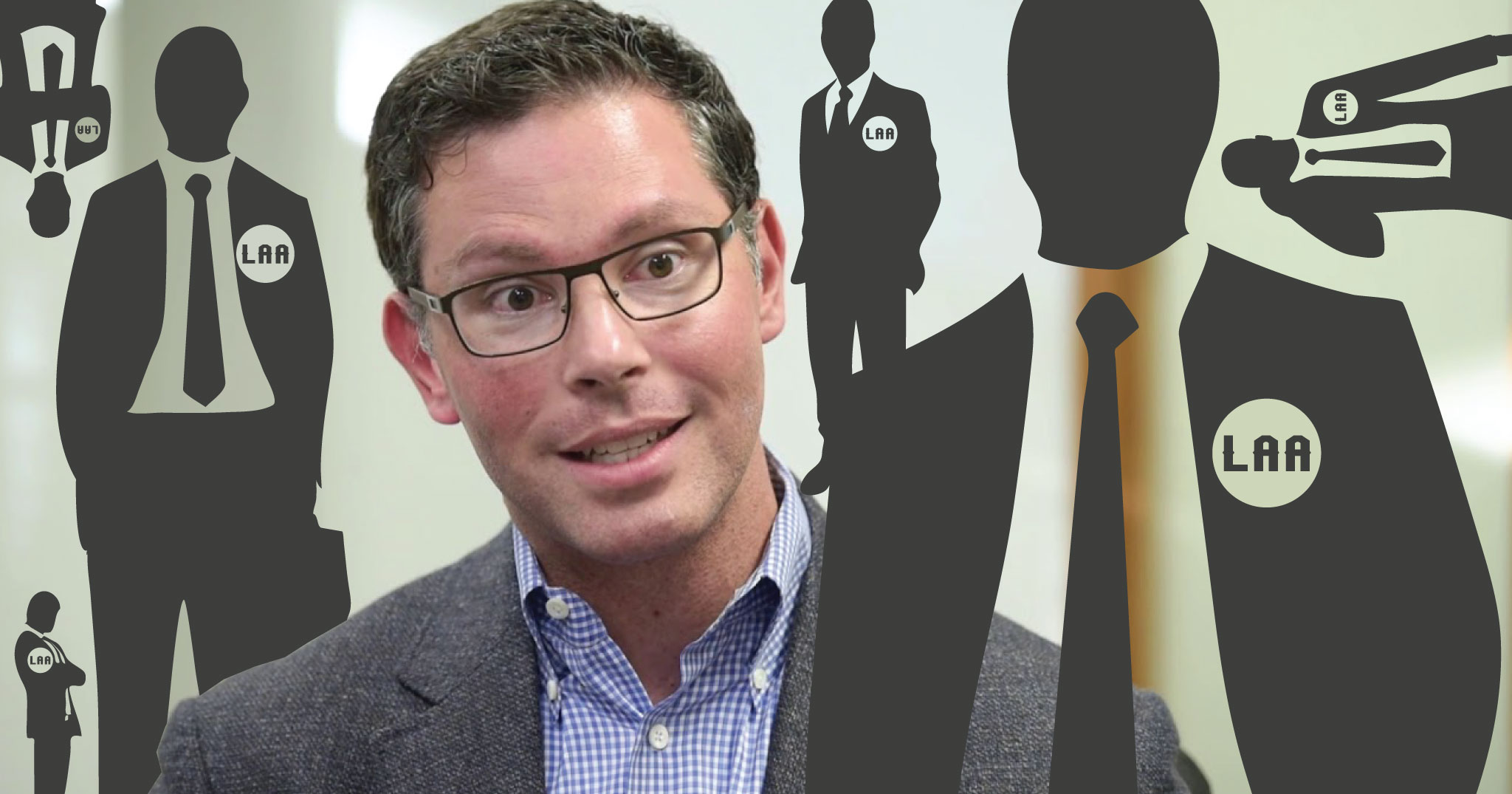 Even before the UCP dropped their budget, Alberta’s Legal Aid (LAA) bosses were lauding changes they introduced that have pushed dedicated staff to a breaking point. AUPE members who work for the arms-length agency are a first point of contact for vulnerable Albertans seeking legal representation.

Wage cuts, organizational shifts, and layoffs are just some of the issues these members face, following the employer’s implementation of the Redesign Program, which is challenging members’ ability to help clients navigate the province’s justice system in a timely manner.

The broader justice system is already plagued with its own slew of issues. Court clerks are overworked and dealing with a backlog of cases. Funding for rural police has been slashed. And resources for vulnerable people (such as AISH recipients), who are disproportionately represented in the justice system, are under UCP attack.

Now, with $5-million less in the budget for LAA, Alberta’s justice system crisis just got more dangerous, and none of us are safe from the effects.

Drastic cuts to LAA threaten to hurt all of us, and a groundswell of concerned stakeholders – from lawyers to courthouse intake officers – are speaking out.

Legal Aid Cuts mean Bigger Burden for Albertans
Justice always comes at a price, but have you ever wondered what it costs to have people face the scales without legal representation? According to Ian Savage, head of the Calgary based Criminal Defence Lawyers Association, it costs the public about four times more to force people through the court system without a lawyer than if Legal Aid was properly funded in the first place.

View Ian Savage’s full interview with CTV. He works with low-income Albertans, the mentally ill, AISH recipients and other at-risk Albertans as a lawyer and says the price tag for the public is too high.

True to form, the UCP failed to mention this to Albertans when they axed $5-million from the budget for LAA this year. In fact, no mention of Legal Aid was made when the budget was presented in the Legislature on Oct. 24.

Members in the agency’s call centre are now working as hard as ever, but LAA wants to pay them up to 18-per-cent less after their classifications (or job titles) were unilaterally changed as part of the organization’s Redesign Program. Meanwhile Courthouse Intake and Assessment Officers (CIAO) in Edmonton are trying to support clients in cramped spaces that offer no privacy when they’re sharing confidential and sensitive information, putting all parties at risk.

AUPE filed an Unfair Labour Practice Complaint to the Alberta Labour Relations Board (ALRB) back in October to address these issues. A preliminary hearing is scheduled for Dec. 2.

“This all happened before budget day, when Legal Aid still had the stable four-year funding boost it was given under the NDP leadership – a first in decades,” said AUPE Vice-President Susan Slade.

“This employer didn’t need another excuse to short-change staff, but now the UCP are handing them one on a silver platter.”

Bad-News Budget, Bad-News Email
On Oct. 29 though, in an email to all LAA frontline staff, including about 60 AUPE members, the President and CEO of LAA confirmed that nearly five per cent (or $5-million) would be cut from LAA’s current budget, as part of broader cuts to Alberta Justice.

In the same memo, the boss glowed over praise from Schweitzer for LAA’s Redesign Program, claiming it was “the type of innovation that is needed in a time of fiscal restraint.”

We don’t know what’s more disturbing: The UCP legislating rollbacks or LAA’s bosses beating them to the punch with their own…and celebrating them.

A Dam Ready to Burst
Members are now worried budget cuts will spell a path forward filled with even more “streamlining,” or as they see it: a scramble to maintain the top-heavy structure of the organization while the bosses offload any burden caused by the cuts onto them.

“The top dogs at Legal Aid can pat themselves on the back all the want,” said Slade. “It’s disgusting because we know all they’re doing is taking a lead in the UCP’s race to the bottom, and we know who they’re hurting along the way.

If it weren’t for Legal Aid staff, many more children, newcomers to Alberta and families would find themselves going the justice system alone without adequate support and timely legal representation.

“As a first point of contact for Albertans in crisis, they’re the first line of defense for the underserved. Roll back their working conditions more, that wall of defense is going to come crumbling down.”

All through Alberta, public outrage over the Premier’s attacks on crucial services have been spilling into the streets. Since the summer, this anger has grown from a trickle, to a stream, to a raging river.

At Legal Aid, an undercurrent of unrest has been coursing for years, well before Kenney and his bad news budget came into play.

If the dam breaks, who’s to say what will come out – but we’re certain it’s a force to be reckoned with.

*This story was last updated on 09/20/19. The article previously said Ian Savage is the Calgary President of the Criminal Trial Lawyers Association (CTLA). This was incorrect and has been amended.

Asking rural municipalities to pick up the tab is irresponsible