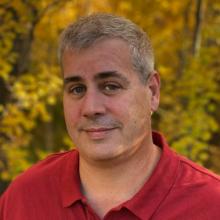 Vice President Graham has been employed with Alberta Health Services (formerly the David Thompson Health Region) since 2003 and was prior to that a member of Local 53 (University of Lethbridge) for three years. He has a history of union activism, involved in his first wildcat when he worked in the oil patch and served as Students’ Union Vice President while attending university.

Vice President Graham has previously served on AUPE’s Membership Services and Pension Standing Committees and as Chair of the AHS GSS Bargaining Committee.